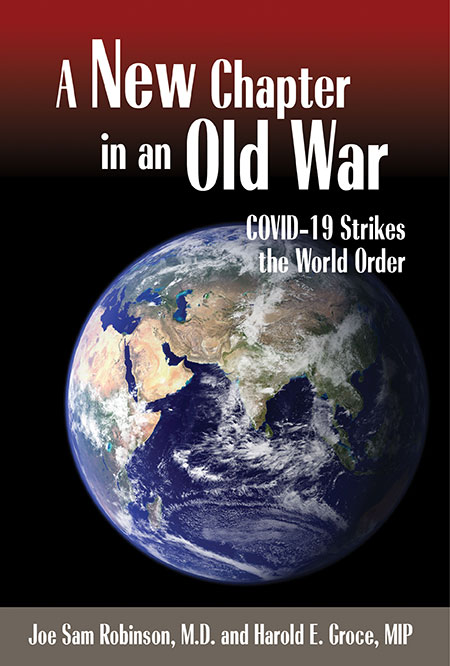 Joe Sam Robinson is President of the Georgia Neurosurgical Institute and Professor and Chief of Neurosurgery at Mercer University.

Harold E. Groce is the Research Director at Georgia Neurosurgical Institute in Macon, Georgia. There he oversees a variety of research projects, engages with policy makers on public health policy, and assists clinicians with their publications and conference presentations. He received his B.A. in International and Global Studies in 2018 from Sewanee: The University of the South, where he graduated summa cum laude and as a member of Phi Beta Kappa. He then went on to receive his Master’s Degree in International Policy from the University of Georgia in 2020. He has conducted extensive research on the economic development and history of Latin America and the Middle East, and his graduate research emphasized the connections between economic development, traditional security concerns, and climate change. Mr. Groce is very involved with the Episcopal Diocese of Atlanta, where he currently chairs the Global Missions Commission and oversees the Diocese’s outreach efforts and partnerships in the Episcopal Diocese of Cuba.

In many ways, the arrogance produced by the extraordinary progress of human endeavors over the past centuries has blinded world decision-makers to the intrinsic biological problems and realities that exist, and have always existed, on our small planet. In the unending Darwinian struggle for existence, environmental change and species predation have routinely caused species’ change and extinction. Humans are not exempt from this. Reasonably, the extraordinary increase in the population of our species has presented a tempting target for the rapacious numbers of microbes that have been our companions throughout our existence. It may be asserted, then, that a certain inevitability existed for the catastrophic events wrought in 2020 and beyond by the SARS-CoV-2 pandemic.

A New Chapter in an Old War understands the SARS-CoV-2 pandemic not as an isolated event but rather as a marker for the heightening tension between the exponential Homo sapiens population increase and the concomitant threat to the biosphere—crises that the world order must address. Responsive strategies to the pandemic challenge require a rational, worldwide, macro approach rather than inadequate micro policy choices. Indeed, even a preliminary glance at the fragility of the world order reveals the necessity of substantial, systemic change. Accordingly, the authors hope that their inquiry will interest policy makers who care about our species’ difficult journey through the centuries to come.