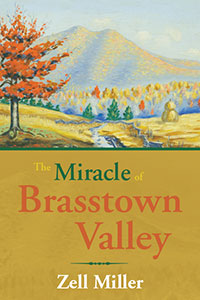 A true story of the miraculous creation of a college in a remote mountain valley at the turn of the 19th century and the captivating characters who, with the grace of God, made it happen:

The Methodist circuit rider, still in his 20s, who came into the valley on a mule, bringing only a dream and the fierce faith of an Old Testament prophet.

The wise, resourceful, soft-spoken widow who breathed life into the infant school not once, but twice.

The wealthy Methodist layman whose generosity for Christian education was so great that his kin sued him because they felt left out.

The college president, a Shakespearean scholar, who was more at home on the farm with his britches rolled up and shirt tail flapping.

After a lifetime of politics, teaching, speaking, and writing, including two New York Times Best Sellers, Zell Miller retired to his home in Brasstown Valley in the mountains of North Georgia, the setting of this, his seventh book.