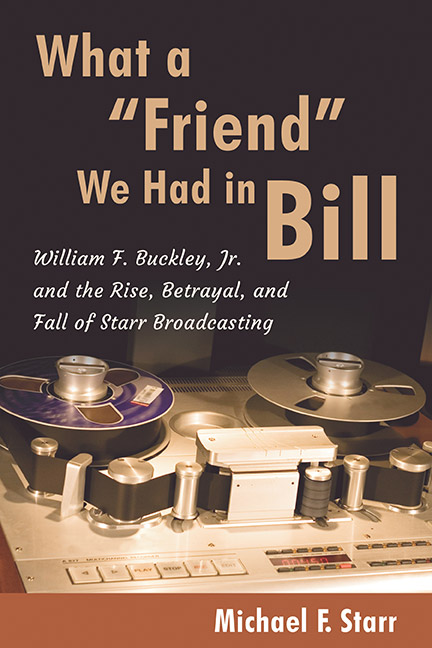 When people think of a corporation they don’t think of its board members, they think of its powerful, charismatic public face. For Starr Broadcasting, that leader was William F. Buckley, Jr., a bestselling writer and popular conservative commentator. The men behind him were Peter and Michael Starr, Buckley’s protégés from childhood, the innovative creators and loyal heads of Starr Broadcasting, Buckley’s cash cow. For a decade the Starr brothers worked faithfully to make the company profitable and an industry leader, until Buckley arranged their ousting for his own gain, a betrayal that Peter never recovered from. Decades after his brother’s untimely death, Michael Starr breaks his silence to set the record straight. Part memoir, part history, and part personal profile, What a “Friend” We Had in Bill tells a story truly unknown until now.